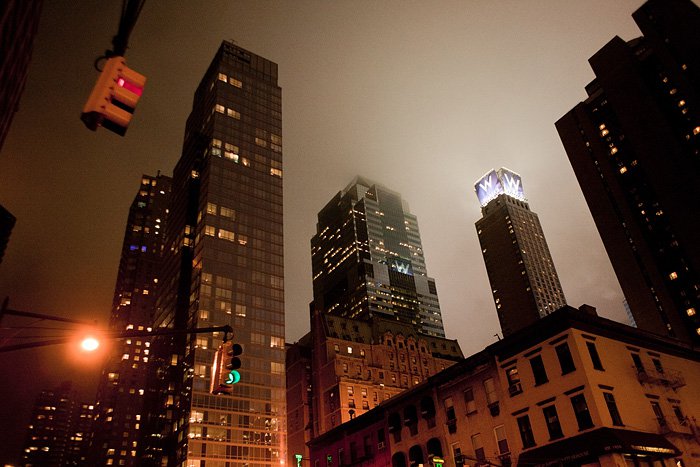 Thumbs up to New York City’s department of Environmental Protection, as it has suggested recently that it plans to turn the city’s sewage and water waste into a source of renewable energy. They intend to convert their sewage treatment plants to extract alternative fuels from the waste, as well as making them self-sustaining by implementing wind and solar power systems.

For the city’s Department of Environmental Protection, which is to issue its strategy on Wednesday, it is a shift. Until now, the agency has mainly played the role of water utility and environmental steward rather than energy producer.But like other cities around the country looking to reduce both the costs of sewage treatment and disposal and the heat-trapping greenhouse gases emitted in the process, New York is beginning to look at its waste as an untapped resource. [From the New York Times]

Methane gas will be captured from digesters, heating fuel will be extracted from waste, and butanol — a gasoline alternative — will be extracted from algae that grows in wastewater. This will help turn the 1.3 billion gallons of wastewater that end up in the sewers each day into usable energy. Sewage facilities city-wide presently use around half of the methane generated by the digesters to supply roughly 20 percent of the electricity used by the plants, but with this new plan NYC will sell the excess power.

Currently, the city is searching for companies to convert its waste into renewable energy, fertilizer, as well as paving and building materials. Contracts should be secured by 2013. NYC also aims to construct wind and solar power generating systems at its wastewater treatment plants on Staten Island.

Generating energy from waste could be part of the answer – kudos to NYC for addressing the issue. At a time when cities are facing budget constraints, the transformation of a hazard like wastewater into an asset like energy is one creative way to generate revenue while mitigating environmental problems.  New York City spends over US$400 million a year to deal with wastewater, and while the city has progressed from the days of dumping waste into the Atlantic, those landfills in Long Island and elsewhere will not have room forever. Waste-to-Energy processes have been running in places like Japan for many years, glad to see the US catching up! If NYC pulls off this program successfully, they will encourage other cities in the country to get on board.

For more information on the science of using waste to extract biofuels, check out this article from Science Daily, and read the Wiki on the Waste-to-Energy process.