We were contacted by Jay Amstel from the Environment in Movement Institute several months ago, through Wiser Earth, a social network for sustainability. After checking out their database of work posted online, we were so excited to invite them to drop by Thailand should their project bring them to Southeast Asia. It was only a couple months before they were headed our way, and we got to take them along to contribute on some of our Thailand projects.

We knew this could be something big for Thai students. They live in such a precious ecosystem, among rainforests and coral reefs, abundant vegetation and wildlife. The students aren’t necessarily aware of the seriousness of our current consumer culture and its effects on the remaining natural environment.

Just as importantly to us at Teknomadics, was to bring the news about in a captivating manner that exposes the students to new ways of being, in addition to encouraging their creativity. Most of the students have never seen a theatre play before, so we were certain this would be their first encounter with couple of rambunctious Brazilians bringing environmental education to life on a stage.

The teachers, Lucas and Jay, develop their program to suit each country that they visit, which means it takes a while to get comfy with each new border crossing. They target the most apparent environmental concerns a community is facing when adapting their program. They also interact in the community to get a feel for the culture, including the sense of humor present. They travel with very few props, so they hunt down recyclable materials where they are and create fresh props as they go.

In Thailand, Lucas and Jay were able to find many useful items that had been previously discarded. They were also able to use whatever the landscape provided. For instance, the Early Man, one of the show’s characters, fashioned a wig from tree vines. Seed pods doubled as percussion instruments.

A variety of music was used throughout the show, including some traditional Brazilian songs and instruments. Because no language was used, the music became very central to the mood and the scene, taking the viewer from one period in evolution to the next. The lack of language was helped along an extra bit by a photo slideshow at most performances. To further clarify the message, a Thai translator was used before and after the 45-minute performance. 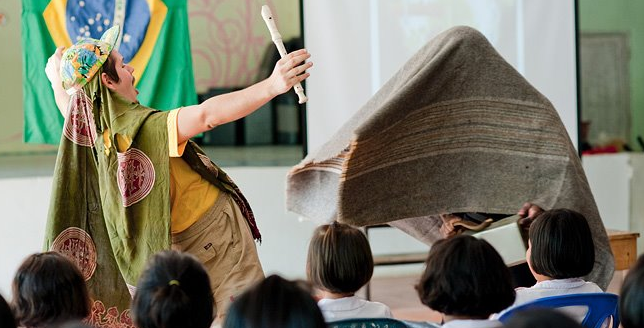 Asteroids Colliding in the Opening Scene

The message was this:
Our Earth has gone through many changes over the last billion years. Not all of the changes were beneficial. Thoughtless consuming is not the answer, but there are things we can do, such as recycling, reducing toxins in our food and air, and disposing properly of our waste.

Here’s how it played out:
First there were asteroids colliding into one another. The music then leads us to a volcano taking center stage, blowing fire and tossing rocks. Rocks led to dirt, and fire lead to steam. A monkey appeared. The music changed also as the monkey developed higher brain functions, slowly morphing to homo erectus and later to homo sapiens. Water was falling, and the next thing we knew, there was grass and then trees, which soon led to agriculture, hunting, and fishing. This led to trading, monetary systems, consumption. Failure to properly treat our waste led to insect problems, fixed with insecticide. More demand for stuff brought factories, which led to unsafe drinking water. Factory life led people to a cycle of working in unfavorable conditions to buy more unsatisfying stuff. This led to alcoholism. There was only one way out. To collect the trash, and sell it for money. Replant the trees and care for the animals. Each small step helped the Earth take a deep breath, until finally it regained its beauty.

We were forewarned that by about the third performance the guys would find their groove. They weren’t exaggerating. It was the third performance that brought about the first success. Prior to that, many cultural mishaps occured, including one that required us to destroy all evidence from the show! Thai culture isn’t easy! Still, the teachers from the Institute were not discouraged. In fact, we believe it pushed them to work harder. They were exhausted after finishing one performance, yet went about practicing for the next day right away. They weren’t just running through the motions, but giving their best effort. Their commitment to their cause shone brightly. What if we all could take feedback and failure for what it actually is? How quickly we could improve! 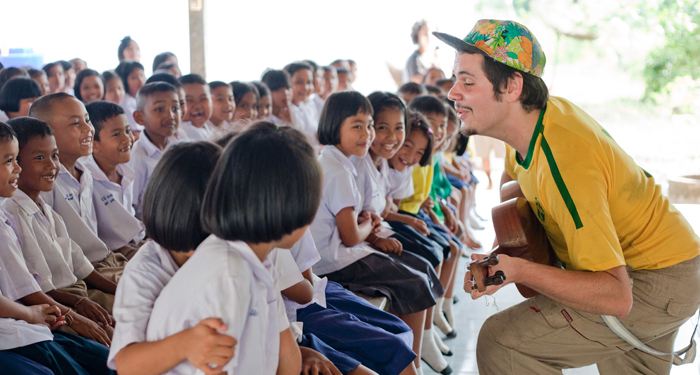 The performance was no less than engaging. It was dirty. It was wet. And it included much singing, dancing, climbing, spinning, throwing, jumping, and playing. Neither the Thai teachers nor the students had seen something like this before. The children were standing on their toes, on benches and on tables to get a better view of the characters from the Institute. They were laughing and singing along, enjoying themselves while getting a nice dose of wake-up-and-smell-the-pesticide/trash burning/factories fuming! It is the first time many of the students had been given this message, and it was well received as evidenced by the end of the performance, where the kids passed around a globe and gave it a hug to signify their devotion to keeping it safe and healthy.

The Robin Hood Project sparked the students’ interest in the dialogue about our environment with their crazy antics, which allowed Teknomadics to open up the space for an important conversation with the Thai students. The performance was a great addition to the projects we already had underway here in Thailand, such as Thai Youth Theatre and various English Camps. It was really simple to tack a short English lesson on the end of their show while the kids were still focused. Teknomadics brought in litter from the street and talked about Decomposition. Students were overwhelmed to learn how many days, months, or years it takes for common trash to break down. Teknomadics pointed out to the Thai youth that theatre can be used to convey important social messages to a community. Next, we performed a puppet show about littering, with puppets made from recycled materials. We then gave the students time to create and perform their own environmentally-focused puppet show. Thai teachers and translators joined the conversation to impress these lessons upon the students with ease and local wisdom. 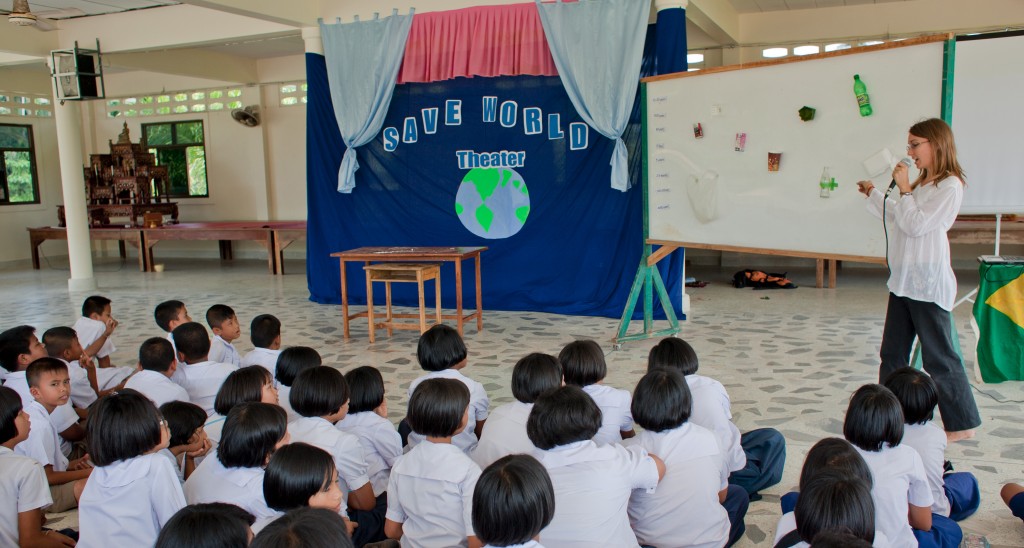 How Long Does This Take to Decompose?

The mission of the Robin Hood Project is one that everyone can support: Protecting our Planet. It is not a job for Thais or Brazilians, but a job for all citizens of our world. We must change our habits to change our lives. Making conscious choices in our lives is more important now than it has ever been before. Many steps are very small and easy for beginners; often they are waiting for us to teach them the way.

Many Thanks to: US Peace Corps Volunteers, Andaman Discoveries, and Bodhi Garrett from Our Jungle House for their donations and help coordinating the events.

BONUS: We managed to squeeze in an Indian cooking lesson with Amstel, who has previously run his own veggie temple cafe. Though our samosas weren’t as visually appealing as his, they tasted just as good. We all enjoyed shopping atthe local markets and cooking together in the Teknomadic kitchen, where many fresh vegetarian meals were shared.

How is Life Calling To You?

After Thailand, the guys made a second stop in India before returning to HQ in Brazil where they tirelessly work on their many projects. They truly have their eye on their goal, and rarely lose sight of it. They are an inspiration in the way of following the path you feel called to with courage and high energy, while constantly looking for ways to build on it and improve. Are you ready to answer the call?

Define your Strengths and Interests.
Jay and Lucas have a wide variety of education in permaculture, sustainability and environment. They have also taken many theatre classes together. This was a natural direction for them to follow. If you list your strengths and interests, it will be easier to see how they are linked. If it’s hard to get started, think about how you spend your free time. Ask a friend what strengths they think you possess. We are often much harder on ourselves.

Start Locally.
Today when Jay and Lucas arrive at Brazilian schools, they are rushed by the students like celebrities. Their communities truly appreciate their dedication. Build an idea with a small audience, and at the same time, contribute to your community for lasting support.

Collect the Things You Will Need.
Jay and others at the Institute have already been working hard for 3 years all over Brazil, and now are confronted with the exciting challenge of crossing cultures and developing a global education system. Continually add to your base of knowledge, skills, and network, so that when the time comes to take flight, you’re ready.

Listen Well.
Ask for and RECEIVE honest feedback. Jay and Lucas do it on camera, which is a good idea if you aren’t writing it down. It’s always good to see how far you’ve come, and important to note which feedback you are hearing more than once (you may be ignoring it!). If you can be more effective, why not?

Dream Big.
Jay and Lucas report that some of their old friends just can’t believe they are wanted in countries all over the world, to bring their teaching methods and performances. Don’t let the naysayers squash your dreams. Possibilities are infinite, and if you are inspired, chances are good that many others will be too! Go get ’em, Tiger! 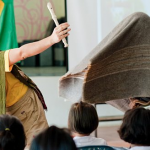 Asteroids collide in the opening scene 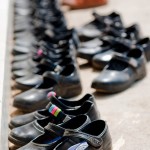 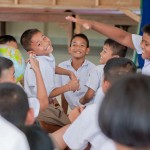 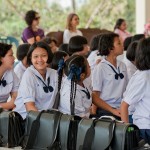 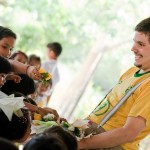 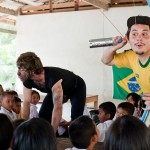 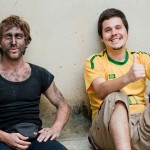 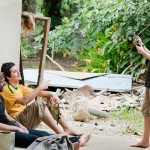 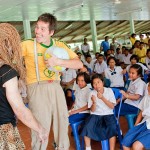 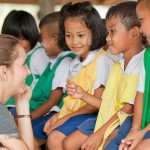 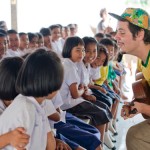 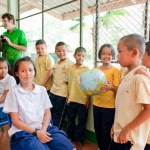 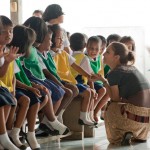 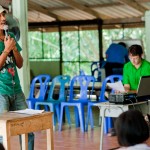 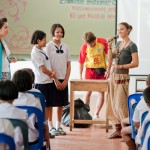 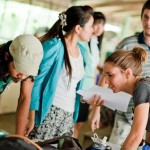 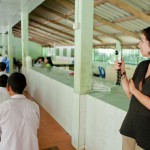 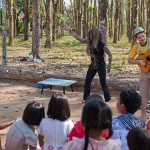 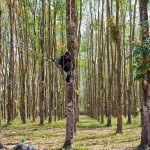 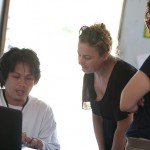 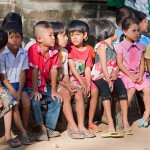 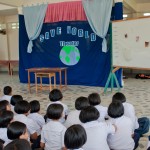