The next decision you make can change the world. It’s a humbling thought but rapt with inspiration and hope. Rarely do we see the significance of our choices in the moment, it’s often only in retrospect that we see their power. Steven K Roberts never could have imagined the impact he would have on the world when he made the decision to give up security to pursue the freedom of traveling with a high-tech bicycle in the 1980’s. He became one of the founding visionaries for technology-enabled nomadicism and has spent his life forging it into existence. He is a pioneer and his legacy has inspired digital nomads around the world. This is the story of Steven K. Roberts, the original digital nomad.

After completing the trip Steve wrote Computing Across America. He realized that despite the financial troubles he faced during the trip, he had made it work. He found that he could have freedom and security while doing the things he loved. He couldn’t go back to the way of his old life. Steve had become a digital nomad and this was only the beginning. 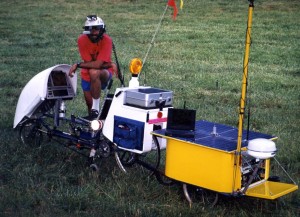 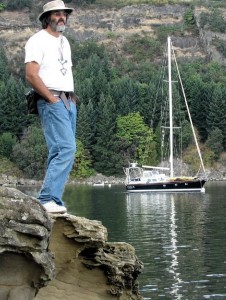